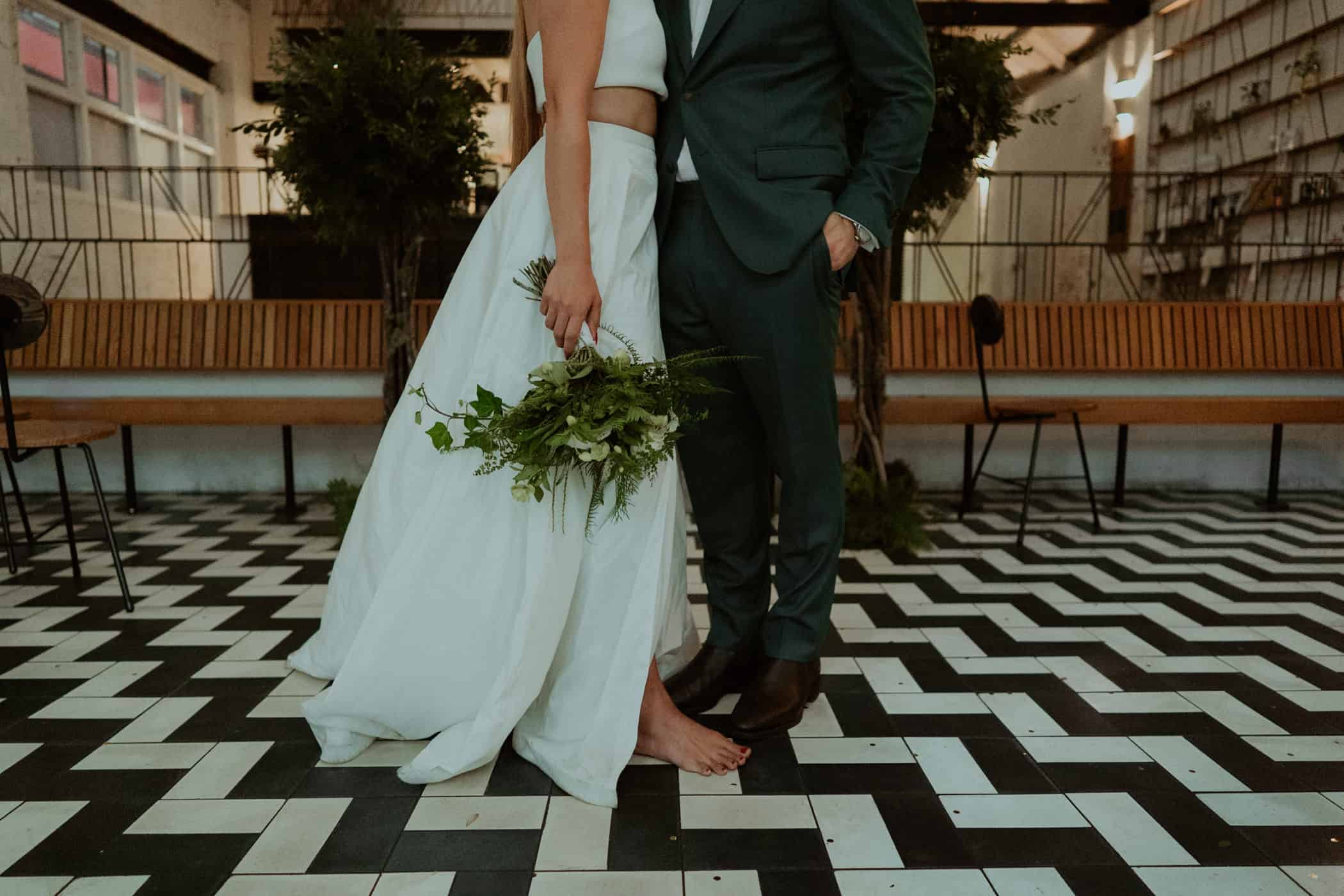 Oh boy, where to begin with this sweet Eclectic Bohemian Sydney Wedding that we shot back in December. Actually, it was the last wedding of the year. What a way to end the year!

Sydney (along with so many other cities) can be so fun to shoot in. Despite some traffic and nightmare parking, which is actually easily solved nowadays thanks to UBER. Making a life of a wedding photographer 1000x better. You have so much to work within the urban cityscapes around you. Documenting Amie and Jame’s beautiful wedding smack-bang in the centre of this wonderful city was incredibly fun.

Their wedding day began with Amie getting ready in a beautifully renovated North Sydney home in McMahons Point. To say this house had style is an understatement, you’ll see in the images below what I mean. After a moving ceremony, at one of Sydney’s most funkiest Cafés, MECCA, we jumped on an old Red English Bus. We then headed back towards the city harbour.

A laid-back evening rolled on at the multi-award-winning Lumi Dining where they had their reception. The style that Amie and James were going for was very different and had a mix of eclectic and bohemian. Inside for their reception was an indoor fine dining experience with some of the good old Aussie outdoors feel inside. It was truly a wonderful wedding to capture. I’m truly thankful that I got to share in documenting their amazing day.

Here’s a short glimpse into how Amie and James’ story lead to their wedding day:

James and Amie met at school when they were only 16. James was one of the first people Amie met when she started her new school. They were in a lot of classes together. Despite her immediate crush – James very openly admits he had absolutely no interest in her, for the entirety of year eleven.

Amie would say ‘thank heavens’, that he came to his senses in their last year of school. He says it was when he saw her on stage in The Musical. Amie was playing an old, ‘angry lady’, but she’ll take it. Eight years later James asked her to marry him.

Amie always thought she’d know exactly when he was going to propose. She would guess nearly every birthday present he’s bought her, and she’d know when he’s planning something. But she admits that she was completely shocked. She had never been more surprised in her life when he proposed. He did it on a dog walk, one warm afternoon. It was magic and she’d never been so sure about anything in her life. (James had hidden the box and ring inside the dog-poo bag. He makes sure he tells that particular detail to anyone who will hear it. He even likes to call it a proposal).

So here are some images of their wedding day:

Below are some of the awesome vendors that helped to bring this day together:

If you want to check out another stunning City Wedding, click HERE.