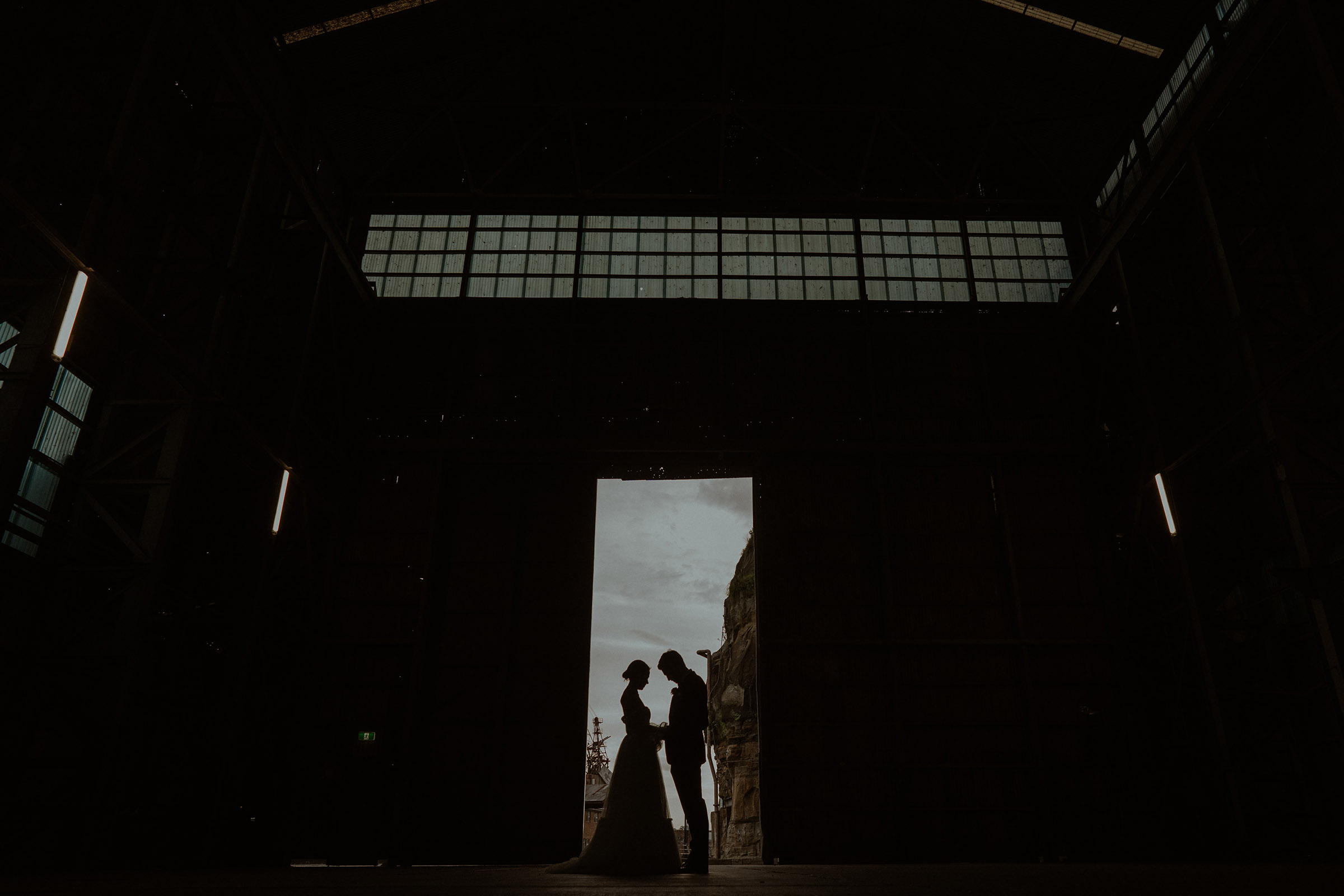 This beautiful Cockatoo Island wedding took place in Sydney in April of 2021. Christine & Kevin were surrounded by their closest family and friends. Although many of Kevin’s family and friends were over in Germany, they still made it happen because they didn’t want this hurdle to stop them from getting married. Kevin’s family tuned in online to see their ceremony live followed by a reception at The Deckhouse.

They were both excited for photos on the day even though they admitted they were very shy in front of the camera. Kevin arranged the photos to take place at Cockatoo Island wedding in Sydney Harbour. Cockatoo Island is an incredible island full of rich Australian history with beautiful heritage buildings and empty warehouses. A former convict penal establishment and naval ship dockyard made Cockatoo Island an incredible place for photos and one of the best places I’ve photographed in Sydney.

A little about the couple:

Christine and Kevin had mutual friends who tried to set them up for quite some time. It turns out their persistency was well placed, even though it took them many attempts to finally make them meet. Eventually, they did and everything started from there. After a trip to Europe and moving in together, they both knew that they wanted to get married. They got engaged two years into their relationship and married after being together for just over four years.

Here’s some of the magical moments I had the pleasure of capturing on their wedding day.

Some of the talented vendors involved in this wedding: